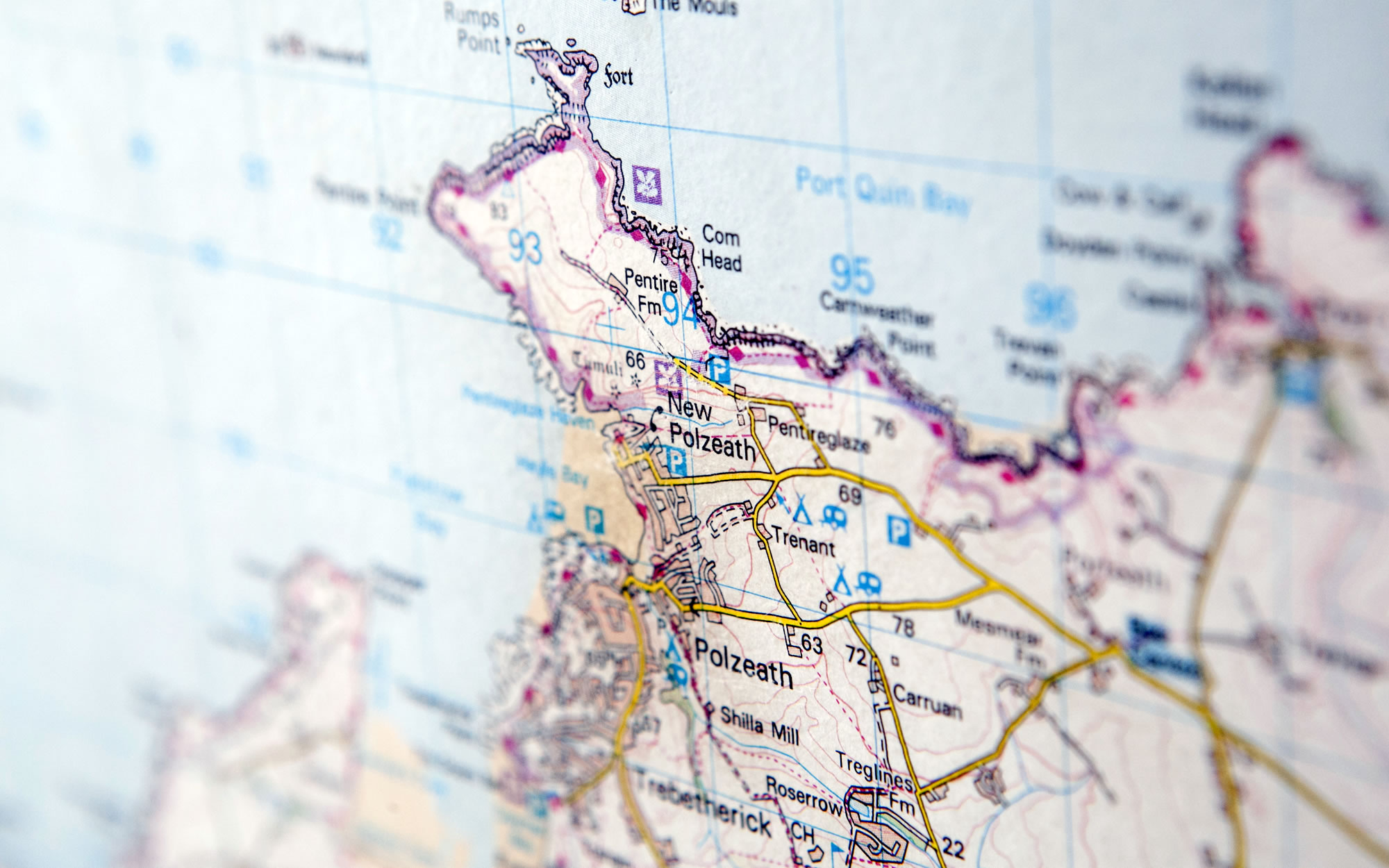 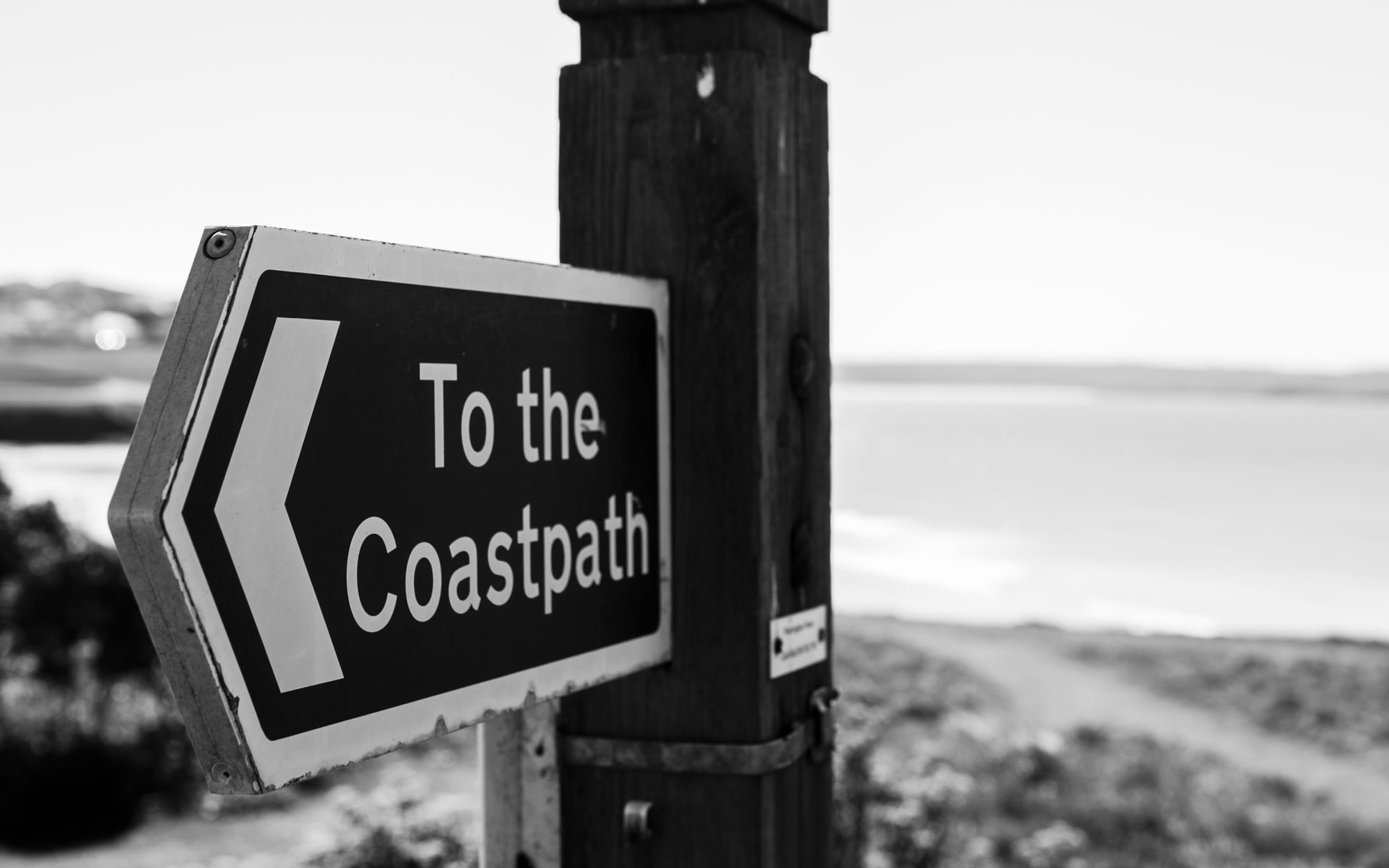 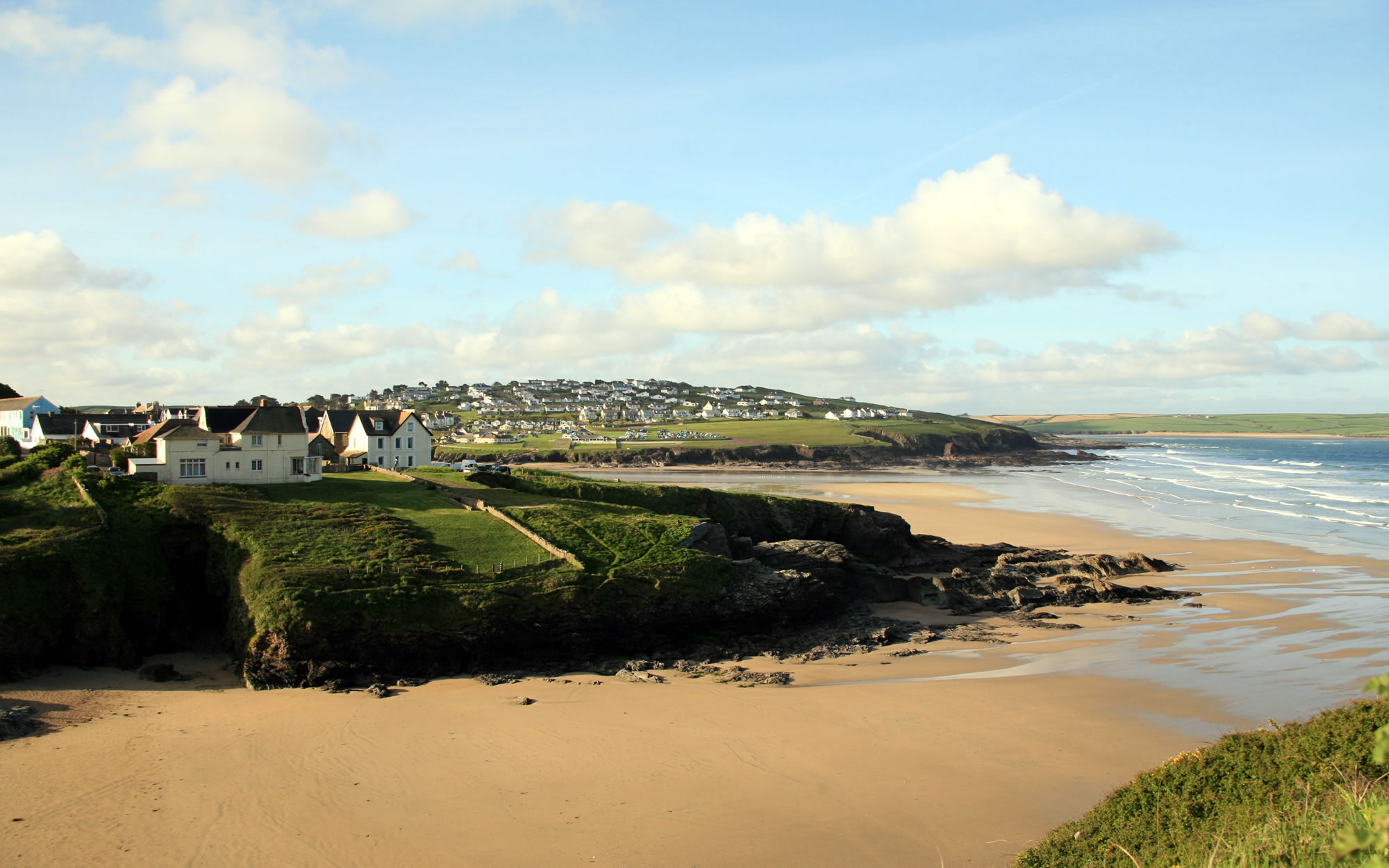 Polzeath is a small village on the beautiful north coast of Cornwall. It was a favourite haunt of the late poet laureate, Sir John Betjeman and is celebrated in some of his verse(see below). There are many local shops, providing everything required for the holidaymaker. Within the village are a number of pubs, cafés and restaurants.

Polzeath is a haven for surfers and beach lovers. Polzeath beach is patrolled by lifeguards during the day in the summer. There is a nature reserve and some interesting rock pools on the beach. Dolphins may sometimes be spotted in the bay and the coastline north of Polzeath. This is also a good area for many types of coastal bird including corn buntings and puffins.

The coastal path passes through Polzeath in one direction to Daymer Bay and Rock, and in the other through New Polzeath, Pentire Point and along miles of stunning coastline. The coastal footpath between Polzeath and St Enodoc is suitable for wheelchair users, offering an opportunity for all to appreciate the stunning scenery of the estuary.

There are many sports and leisure facilities in the area, including golf courses.

Heading further east along the coast from Polzeath takes you to Port Quin. This deep natural inlet was once home to a small fishing community which was abandoned after the collapse of the pilchard industry in the early 19th century. Port Isaac is famous for appearing in the ‘Doc Martin’ TV series but also appears in the original ‘Poldark’ series too.

Padstow is a working fishing port surrounded by glorious sandy beaches, at the head of the Camel estuary. Padstow’s harbour is filled with pleasure boats of all descriptions. There is a regular ferry across the river to Rock. Padstow is a foodie destination with popular eateries such as Rick Stein’s Seafood Restaurant and is the start and end point for the Camel Cycle Trail.

Those moments, tasted once and never done,
Of long surf breaking in the mid-day sun.
A far-off blow-hole booming like a gun-

The seagulls plane and circle out of sight
Below this thirsty, thrift-encrusted height,
The veined sea-campion buds burst into white.

And gorse turns tawny orange, seen beside
Pale drifts of primroses cascading wide
To where the slate falls sheer into the tide.

More than in gardened Surrey, nature spills
A wealth of heather, kidney-vetch and squills
Over these long-defended Cornish hills.

A gun-emplacement of the latest war
Looks older than the hill fort built before
Saxon or Norman headed for the shore.

And in the shadowless, unclouded glare
Deep blue above us fades to whiteness where
A misty sea-line meets the wash of air.

Nut-smell of gorse and honey-smell of ling
Waft out to sea the freshness of the spring
On sunny shallows, green and whispering.

The wideness which the lark-song gives the sky
Shrinks at the clang of sea-birds sailing by
Whose notes are tuned to days when seas are high.

From today's calm, the lane's enclosing green
Leads inland to a usual Cornish scene-
Slate cottages with sycamore between,

Small fields and tellymasts and wires and poles
With, as the everlasting ocean rolls,
Two chapels built for half a hundred souls.